How blockchain could contribute to the peace process in Colombia

In 2007, I left Colombia, my home country, with a feeling of helplessness about the seemingly endless conflict. Now, with the peace process and the first agreements between the FARC and the government, it seems that we can expect a better future for the new generations of Colombians. Even though many Colombians are still skeptical about the peace process, we know that the future depends on the execution of a plan where all members of the society can participate. Rural land ownership rights is one of the many historical unsolved issues in Colombia. This problem is one of the causes and an effects of conflict in Colombia. A solution to tackling the lack of a reliable system that guarantees rural land ownership rights in Colombia is the use of blockchain technology.

The Colombian conflict is the oldest one in Latin America. For more than fifty years, left-wing guerrilla groups, national military forces and paramilitary groups have been fighting each other for various reasons. In the eighties, with the proliferation of the drug cartels, narco trafic money spread all over corrupting the politicians, arming paramilitary groups and benefiting guerrilla groups from the revolutionary tax that they charge the narco traffickers. Some experts say that the causes of the perpetuation of the conflict in the last decades stem from drug trafficking.This is true to some extent, but with a simple reality check you can find that there are also other historical issues in Colombia related to the lack of institutions that guarantee the civil rights of citizens.

The rights to land ownership

In 2005, two years before I left Colombia, I was working as an independent researcher, and my colleague and I were conducting research on the expropriation of land from the Tabaco Afro-Colombian community performed by Cerrejon, the biggest open coal mining company in the world, which operates in La Guajira, one of the poorest regions in Colombia. In Tabaco, I witnessed an clear example of how a lack of institutions has left behind a community in favor of the interests of corporations and corrupt politicians. 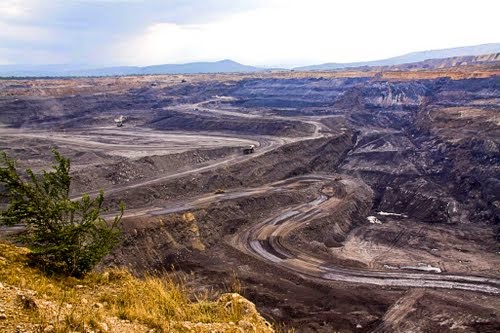 I remember doing interviews in a settlement built near the fences of the mine. The air mixed with coal was difficult to breathe. Our interviewee was just returning from Barranquilla where his daughter had been hospitalised due to gastroenteritis caused by seepage sewage overflow into drinking water. These were the conditions that many of the people from the village of Tabaco had ended up living in after being tricked into selling their land at ridiculously low prices or being brutally forced off it. This was not the first time something like this happened in the region.

For centuries, La Guajira in the north-east of Colombia was no man’s land, a smuggling crossroads inhabited by Wayuu indigenous communities and Afro-Colombians, the descendants of African slaves. All this changed when coal was discovered in the 70s. Historical evidence have shown the actions against the Wayuu settlements The security forces supported by armed mafias were responsible for the division of the ancestral territory and depopulation of the areas of mining interest. The irregular rights to land ownership and the struggle for resources is one of the less known causes and effects of armed conflict in Colombia.

These are just few of the countless examples in the recent history of Colombia which show the lack of defence of the rights over land of some ancestral communities like the Wayuu or the people of Tabaco in favor of the interests of others like international corporations.

Colombia does not have a reliable rural land register. This has allowed Colombia to maintain structural inequality of rural land property for decades. This lack of information only favors those who have the power to appropriate the land by bureaucratic means or by force.

How can you end conflict if you cannot prove the ownership of land in the case of a dispute? How do you keep people from selling land they do not own, or how do you prevent big corporations from buying land and disrupting the communities whose lives depend on the use of land, as in the cases of Tabaco or Wayuu communities?

In response to these questions there are already some projects around the world that are exploring digital systems based on blockchain technology. This technology can be used as a ledger that can securely record transactions together with details like GPS coordinates, satellite photos and official documents. This technology could help to identify property and keep an indisputable public record.

Projects like Bitland in Ghana are testing this concept in a country where the security of land ownership is holding back the country’s development. With the support of local governments, Bitland is developing an immutable public ledger, where land ownership documents can be put into a system, signed by third parties, where all changes are transparent and can be audited in real time. However, the success of these projects depends very much on polítical will. We have already seen stalled land titling projects using blockchain like the one pursued by the Honduran government in 2015. As Peter Kirby, CEO of the project’s partner company Factom, says: : “The project is political in nature, and government systems move slower than we all would like.” 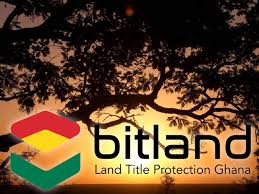 Why we need to act now

Those to whom I have suggested the idea of a blockchain titling system for Colombia have already warned me about the multiple difficulties of setting it up. However, I believe the window of opportunity is open to show how with a little of cooperation between government officials, community leaders and unarmed members of guerrilla groups, in a context of the negotiation, we can provide a low cost pilot project of land registration for an imminent reform on rural land ownership. This pilot could serve as historical digital evidence of the decision taken on land distribution as a possible outcome of negotiations. This immutable ledger could avoid future disputes over land ownership, empowering future owners to confront pressure they may have. In this way we will not repeat the mistakes of the past.

We are a group of people that would like to explore a blockchain land titling project in Colombia, and we are looking for the support of the blockchain and cryptocurrency community to establish a roadmap that can allow as to initiate a negotiation with the Colombian authorities.

If you are interested in participating in this project or being a part of the discussion, you can ask to join the Slack team or by upvoting this project.

Thanks to my wife Reetta for her support and editing this document.